Pam's Origin Story: The road to healing and integrated medicine

I was born in a little house in Paisley outside of Glasgow, Scotland.  Two hours after I was born, my mother walked out the door, leaving my father, my 13 month old sister and I -- the newborn baby – and we never knew why.

Our new, fragile family, moved to live with my father’s parents, my grandparents. At virtually the same time, my grandfather was diagnosed with heart disease. His doctor advised him to leave his current sedentary job as an architect, where he spent most of his day sitting at desk, and do something that was more active 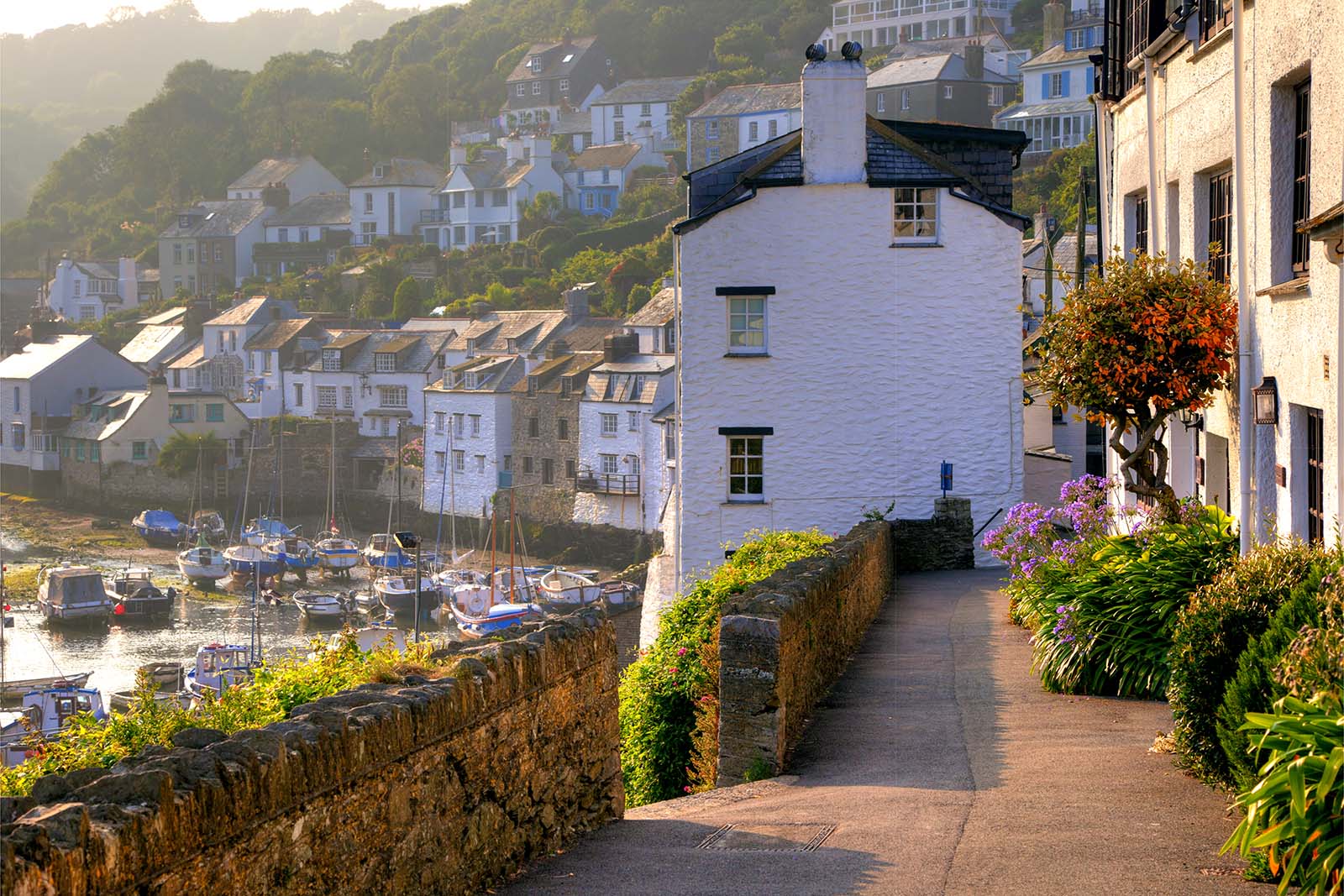 Cornwall – South of England where I grew up.

My grandfather had three important reasons to follow the doctor’s advice -- his own health and the health and happiness of his two young grandchildren.

The decision was made. He would quit his job, move us all to the South of England, build a small house in the countryside, close to the water, and we would all live together in the fresh country air. There, he would get a more active job and focus on his health and his family. This move held the promise of a better life for us all.

The Dawn of Heaven

My grandfather named the house Dawn Haven, or, the Beginning of Heaven, and he visioned our beautiful there. I remember those early years in our new bright, warm home as a happy and exciting period of my life.

Dawn Haven was situated on a quiet country lane, outside the town of St. Austell, in the village of Tregorrick, Cornwall. St. Austell was reknown for their large deposits of china clay discovered in 1748. By the early 19th century, deposits of china clay there emerged as the largest in the world. St. Austell was surrounded by Penrice Woods, green fields and small, productive farms where cows grazed on lush green grass. To us children, the woods were full of beautiful bluebells and mystery. The White River —named for the milky white color emptying into the water from the china clay quarry and refinery— ran through the woods and down to the ocean.

While I was discovering the natural world, my grandfather found his more active job, becoming a “bin man,” or garbage collector, as we say in England. On alternate days he would drive the truck, then walk from house to house collecting the bins alongside the truck. His new job was certainly more active. The transition from architect to bin man was a drastic lifestyle shift, but he was happy to do it to improve his health and enjoy his grandchildren. Indeed his health and life improved.

Around the corner from heaven

The placid life at Dawn Haven lasted until I was almost nine. It was then that, my 32-year old father married an 18-year old woman, much to the chagrin of my grandparents. To add to the tumult my father moved with his wife, my sister, and I from Dawn Haven into a house around the corner.  Not only was I separated from the only home I had ever known, but my father requested we no longer visit our grandparents’ home. We were not told why, but as children, we had no choice.

My grandfather did not argue with my father’s decisions. He wanted what was best for the family. It breaks my heart to think of my grandparents, who had done so much for us by   providing this special, loving place for us to live, now being isolated from us. At the time, I knew it took an emotional toll, I was soon to find out the cost

Early one morning, after living in the new house for only a short time, the phone rang. My sister answered, becoming increasingly distressed as she listened to my frantic grandmother tell her that she believed my grandfather had just suffered a heart attack.

I remember my father’s nonchalant reaction. He was not upset or acting as if this was serious. He reacted as if nothing eventful was happening--he was calm.  I was only nine, but I still remember thinking, “This is no time to be calm! Nana could be right!” I was pulling on my dad’s clothes and crying, “Get an ambulance and the doctor, Daddy. Granddad is sick!” My father denied anything was wrong, insisting it was grandad’s stomach, not his heart.

I really loved my grandfather. He was kind, soft-spoken, and full of love for everyone. He was a major part of my life and I had not seen him for several months. I went to my old home, his house, to find an ambulance in the driveway. Coming in the back door, I was told he was in his room and I should say goodbye to him.

At 8am on Friday, June 27, 1969 I learned the terrible news — my grandfather had died of a heart attack. His battle with heart disease was over. Although my last memory of my grandfather was him sitting at his kitchen table looking sad, I know that moving and building Dawn Haven, caring for his grandchildren and improving his own health, truly made him happy.  Was it the strain of a broken family that caused my grandfather to die of a broken heart?

The past drives the present

Many years later, I had graduated from school as a  nurse practitioner and was opening my own medical practice.  I was intensely focused on helping patients prevent and reverse heart disease. I was completely immersed almost to the exclusion of all else. My work gave me such joy, but it was also exhausting. By now I was married and my husband was concerned over my  long hours (I sometimes worked until 3 am) and grueling pace.

I enjoyed the constant work, every day I saw people get better. The joy I experienced was unlike anything like felt before. My husband, concerned for my welfare, discussed my workload and how my work was becoming the sole focus of my life. He suggested I seek guidance to balance my life and I agreed. It was 2004.

My therapist suggested a guided imagery process to look closely at my driving preoccupation. Through  guided imagery I visualized myself floating in my grandfather’s house, watching an argument between my grandmother and my father. I vividly remembered grandfather sitting at the kitchen table, looking sad.

Guided imagery, allowed me to reflect on my early years and how they shaped my life. I could put the pieces together and follow the reasons for my choice to focus on disease prevention--specifically heart disease prevention.

That quiet country lane where my grandfather built our home, and loved and nurtured his grandchildren, was called Penscott Lane. Thirty-six years later-- to the very day--at 8 am on June 27, 2003, I opened my own clinical practice, naming it Penscott Medical Corporation. The focus of the clinic -- heart disease prevention.

While I did my guided imagery in 2004, the naming and opening of Penscott Medical was in 2003. To my conscious mind, choosing the hour and date of opening was random. I had no conscious recall of it being the date and time of my grandfather’s death. It was only a year later, after the guided imagery process, that the therapist asked me to get a copy of my grandfather’s death certificate and we learned the power of my subconscious mind. It had driven me to select that date and time to open my clinic! My grandfather’s time of passing had such a powerful impact on me as a child, that it instilled itself in my subconscious mind. Grandfather’s life and death had had driven me to name Penscott Medical and focus on heart disease.

My new Dawn of Heaven

Opening my clinic was the dawn of heaven for me. I was doing the work I always wanted to do--preventing inflammatory heart disease. Today, I believe heart disease is not just preventable, but reversible. Through research, I’ve  discovered that most chronic diseases are preventable. Wanting to share my knowledge, I wrote my award-winning book, The Perfect Gene Diet, and created the APO E Gene Program to help others.

In Italy in 2012, while completing a two-year tour with my publisher, Hay House, Dr. Wayne Dyer joined me, to discuss how chronic illnesses, in his case leukemia, can be reversed. Dr. Dyer, myself, and about 25 others, visited the St Francis of Assisi Basilica. Seated in the Basilica we listened as the history of the paintings depicting the life of St. Francis were explained. The warmth and beauty of the Basilica allowed me to drift into a meditative state. As I shifted my consciousness, I heard St Francis direct me to, “Pay attention.” I didn’t hear an outer voice, but an inner, deep feeling of knowing. I was guided to picture certain scenes from my own life.

The first picture that came to me was of Paisley, Scotland, and the events I knew of from that time of my life — the separation of my mother and our move to the countryside with my grandparents.

The second picture was in Tregorrick, Cornwall, in England where I grew up, and the memories from that time.

The third picture was London, England where I went to school at the almost 900-year old Royal Hospital of St Bartholomew’s. 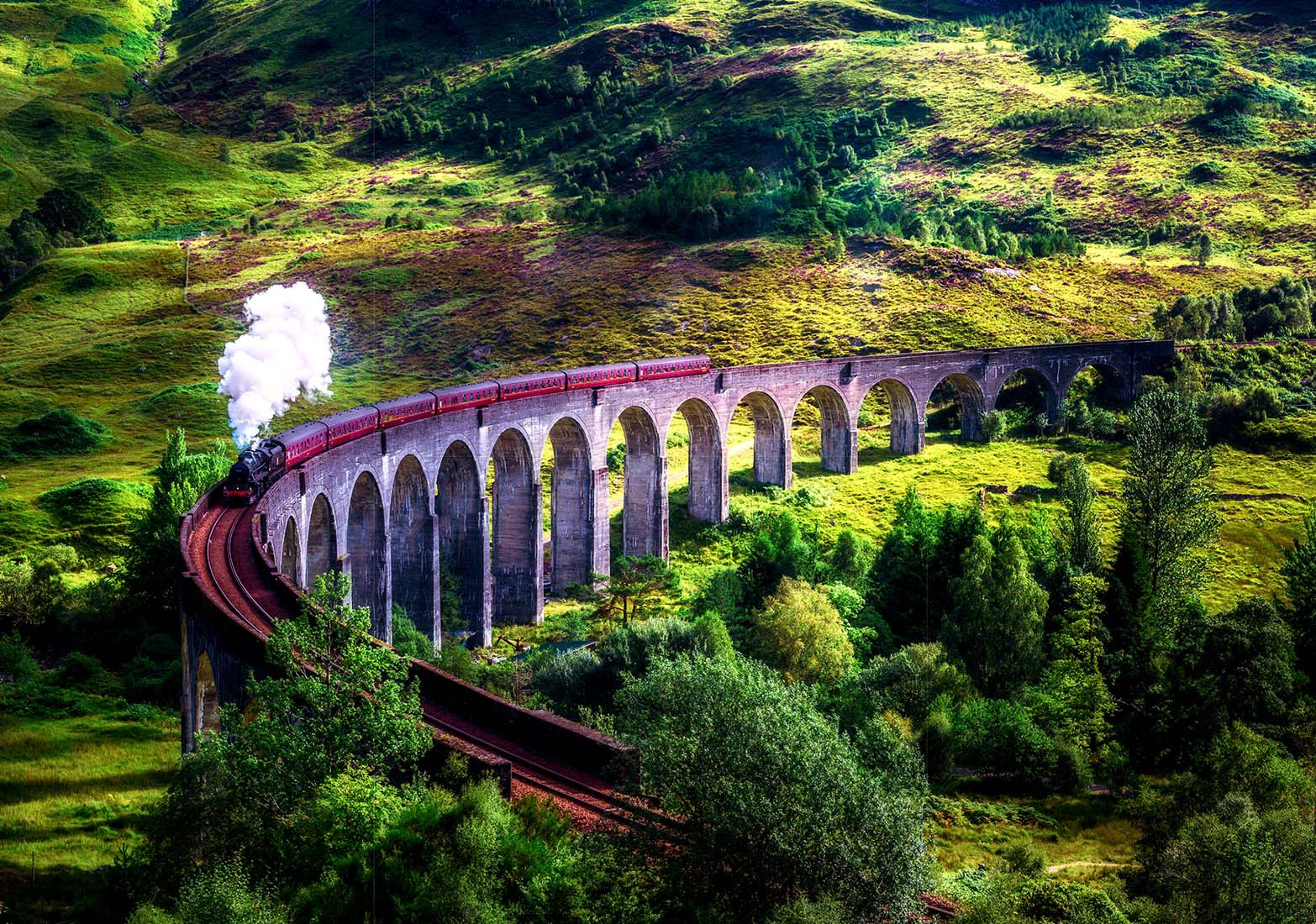 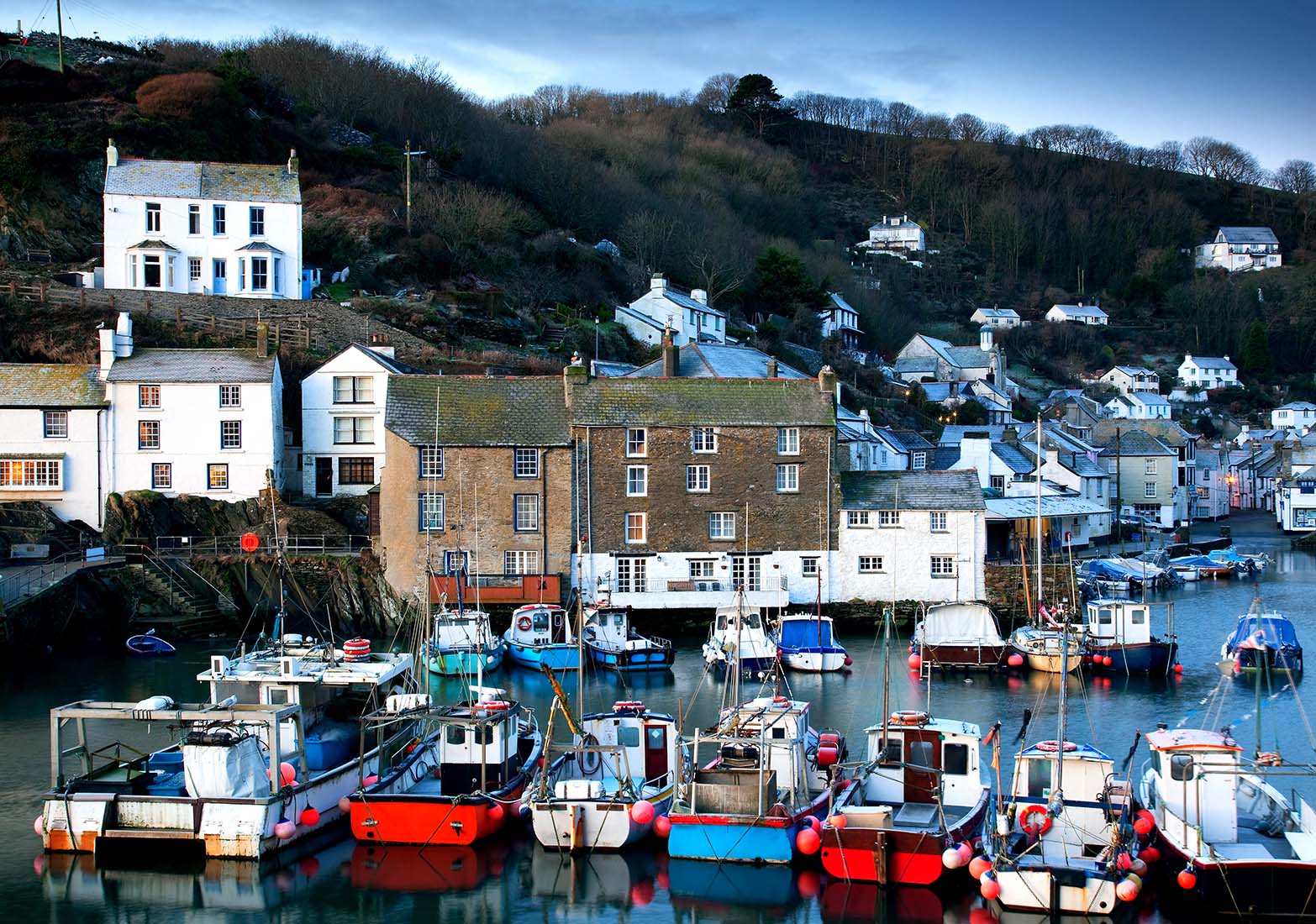 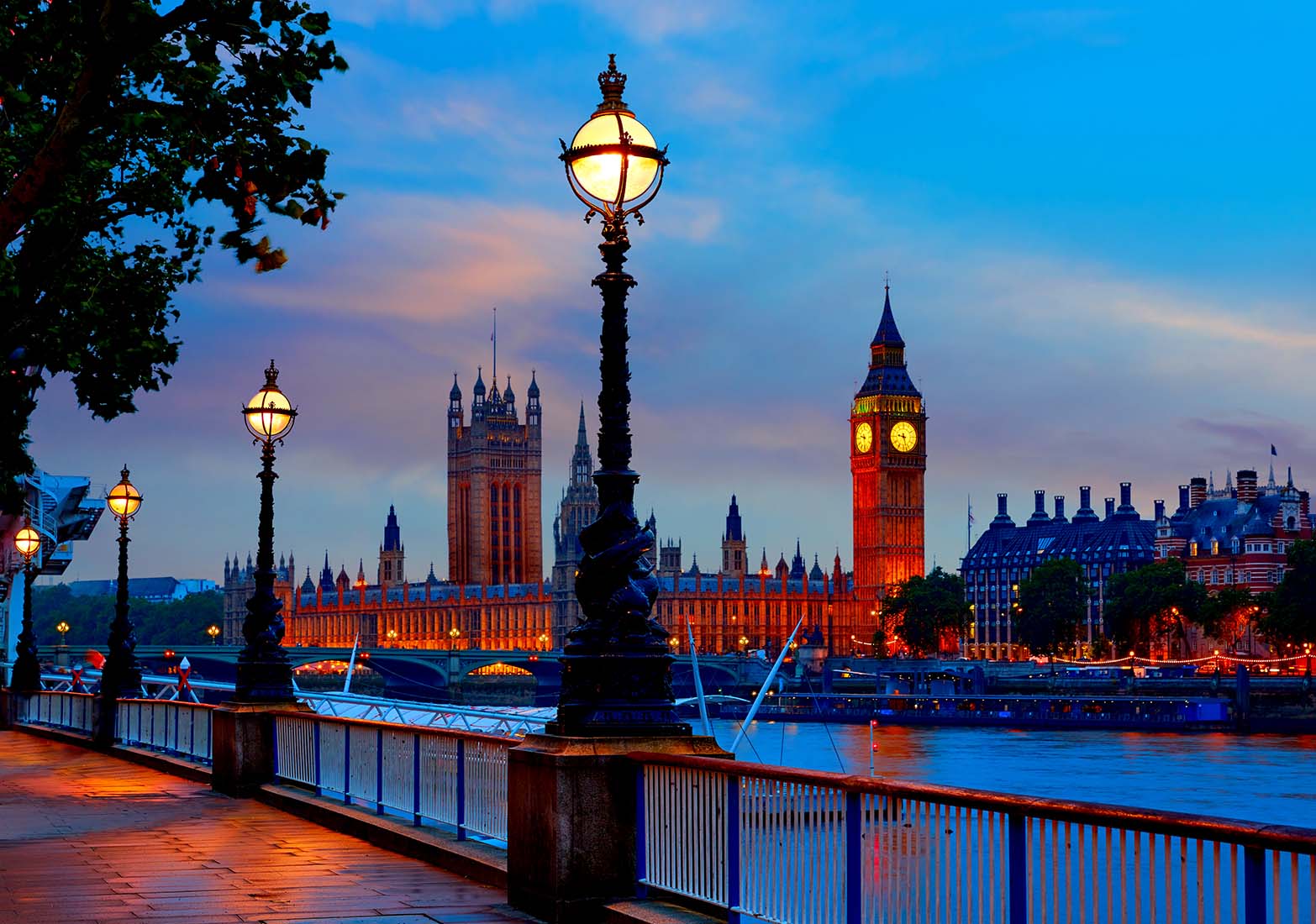 Still in my reverie, I heard St Francis say that he had brought me from London to the United States, and to his city, San Francisco. I replied, “No I don’t think so. My husband brought me from London to San Francisco.” He responded, “Do you remember the nurses you spoke to at the pediatric ward at the University of California in San Francisco? They were doing a leukemia research project. Now, you are sitting in my town — Assisi — and the knowledge you developed from your interest in that research project, was responsible for reversing the leukemia of the man sitting in the pew in front of you.” This was true. The man St. Francis was referring to was Dr. Wayne Dyer.

I saw even more clearly, how the guided imagery process, done many years ago, and my experience in the Basilica, led me to do the work that has become the focus of my life. I believe that we are guided and helped on many levels to do the work that we were born to do. I know I have most especially my grandfather and St Francis to thank for this.

For almost twenty years, I have been dedicated to healing and reversing heart disease, and I am as excited about it today as I was on day one. It gives me great joy  to see patients get well and live happier and healthier lives. I know that healing the body, mind and spirit is my true calling.